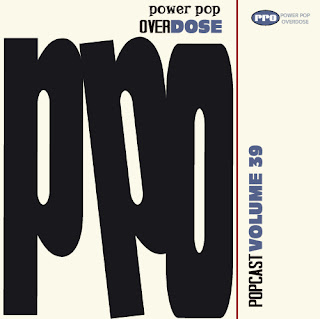 This week on Power Pop Overdose, we bring you new music from Joe Normal, The Speed Of Sound, Tommy Sistak, The Classic Ruins and Mom!  Additionally we feature Ladies the can really rock, Hidden Gems from the golden age of power pop and Hhow about a little Psych? Plus more.

As always enjoy the music, support the artists and Thanks for listening to Power Pop Overdose! 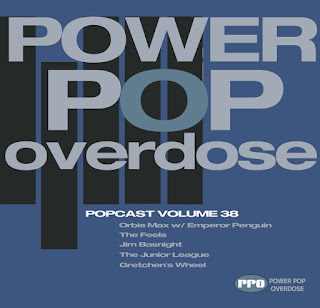 This week on Power Pop Overdose we feature new music from Orbis Max w/ Emperor Penguin, The Feels, Jim Basnight, The Junior League and Gretchen’s Wheel. We also share some fantastic Americana, live life in the USA as well as share some great covers. Oh Yeah, how about Five from Jack Lee to round everything out? It’s a good one this week.
As Always, enjoy the music, support the artists and thanks for listening to Power Pop Overdose!
PPO v38 on Simplecast
PPO v38 on Apple Podcasts
PPO v38 on Google Play 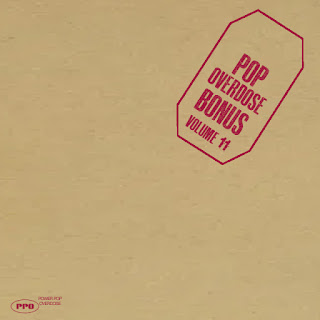 Another week and there is more music than I know what to do with. That is good news for you because now PPO can bring you a bonus episode! Artists include Justin Angelo Morey, The Workmen, Emperor Penguin, The Brothers Steve plus a ton more.

As Always, enjoy the music, support the artists and thanks for listening to Power Pop Overdose! 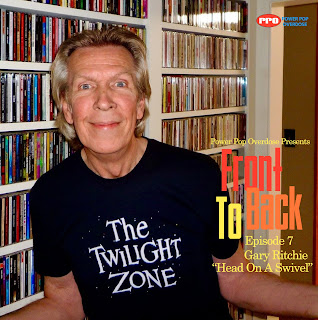 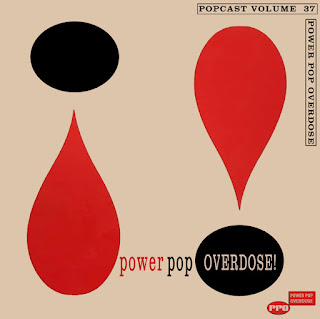 This week on Power Pop Overdose, we bring you new music from The Shang Hi Los, The Rockyts, The Laissez Fairs, Reno Bo and The Midnight Callers. We also have some great songs from 1979, as well as some great live tracks. Additionally Michael McCartney from The Time Machine takes over PPO as well as five from Tommy Tutone.
As always, enjoy the music, support the artists and thanks for listening to Power Pop Overdose.
PPO v37 on Simplcast
PPO v37 on Apple Podcasts
PPO v37 on Google Play 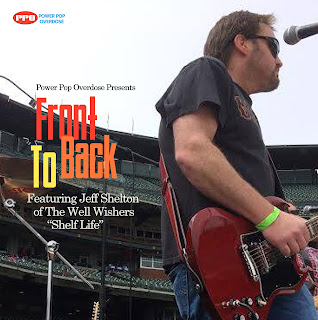 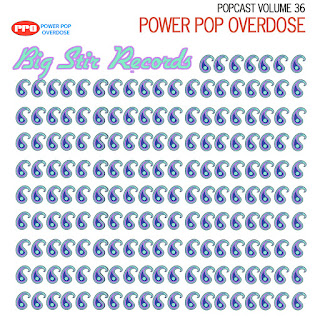 This week on Power Pop Overdose, I’m doing something a little different. I’m throwing out a big shout out to the folks at Big Stir Records and playing a bunch of my favorite songs from them. Big Stir is all about community, they make everyone feel like they are part of the family plus Rex and Christina keep raising the bar with every release and I look forward to what is coming in the future.
As always, enjoy the music, support the artists and thanks for listening to Power Po Overdose!
PPO v36 on Simplecast
PPO v36 on Apple Podcasts
PPO v36 on Google Play

Discussion No Comments on Bash On Pop, September 2020

It’s been a few months since my last column, but I always wait until the muse moves me…or something pretentious like that. Anyway, here are five discs I wanted you, dear reader, to know about, and hopefully purchase, so read on, if you dare! 😉 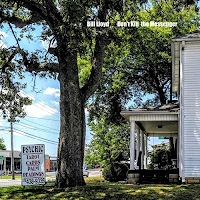 Bill Lloyd-Don’t Kill The Messenger (Whole In One; CD)

The Nashville “King of Twang” has been delivering top shelf power pop albums since the late ‘80s, but his latest may be the best thing he’s done since his debut, Feeling The Elephant. Classic Lloyd tracks like “Undone”, “I’ve Had Enough Of Your Love” and “Not This Time ‘Round” abound, while “Baby’s In The Mood” channels his inner Zevon, “You Got Me” is pure old time rock ‘n roll, and “KAKE’N’8IT” is as much fun as the title would suggest. But it’s the opening title track, with its warmth, chord changes and a hook that won’t quit, which steals the show! What more could one want?? 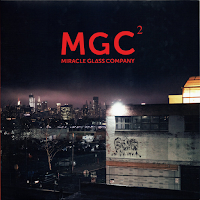 Ever since I saw this young Edinburgh-based trio play IPO Liverpool a few years ago, I’ve believed that they had a shot to break it big, as their vocals, musicianship and attitude just scream out “success!” Their overall sound is a bit harder-edged than I’m accustomed to writing about, but those harmonies…kinda like a supercharged Status Quo without the boogie! Tracks like “BB22”, “Sweet Spot” and “Professional Noise” are exemplars, but the boys can do ballads with the best of them; “Golden Love,” with its America-esque harmonies and the epic “Morning Sun”, on which you can hear a pin drop in the first part, are top shelf…but “Sea Of Cortez” outshines even those, as its counterpoint-laden refrain is one of the best I’ve heard in quite awhile! 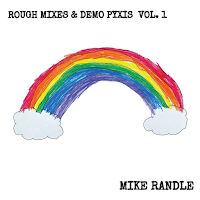 The co-founder of the iconic L.A. band, Baby Lemonade, and guitarist for the legendary Love has released his first disc in many of a year, and this 7-song EP is a fine mix of rich, beautiful tunes such as “How Do I Get Close?”, “Miss Loucifer”, and “Twenty Years”, playful soft rockers like “You Let Me Down” and “Moana’s Town”, and the power pop “REVO”. Fans of Wondermints and Baby Lemonade will especially love this, as it’s redolent with cool chord changes and hooks. I very much look forward to Vol. 2! 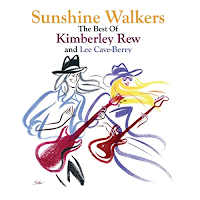 Yes, you know the names: Kimberley Rew of The Soft Boys and Katrina and The Waves, and Lee Cave-Berry, who has logged more gigs than a turbo-powered computer. This collection features both solo tracks and those by this dynamic duo, and it’s a fun, organic listen throughout. Fans of Dave Edmunds will love “The Dog Song”, “English Road” and “Yours Truly”, among others, while the late ‘70s discofied “Happy Anniversary” could have fit on Back To The Egg; “Flat Cat” is pure rockabilly goodness, and “She’s Still Got It” is a ska delight. There are also a few jangleholic tracks from Rew’s classic EP, The Bible Of Bop; throw in a nifty cover of The Troggs’ “I Want You”, and you’ll be well hooked on this disc. Among the luminaries playing on these tracks are Mitch Easter, Peter Holsapple, Glenn Tilbrook, and Rew’s Soft Boys mates, Robyn Hitchock and Andy Metcalfe! 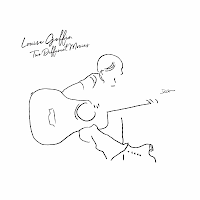 Louise Goffin-Two Different Movies (Majority of One: CD and LP)

Ms. Goffin’s 10th album is a return to her Laurel Canyon roots, albeit with a modern touch; its cover art, drawn by her former Laurel neighbor, Joni Mitchell, is quite fitting. Two Different Movies definitely has that mellow, homemade vibe, at times not unlike her mom’s landmark, Tapestry. The opening cut, “Simple Life”, appropriately takes the listener back to a simpler, post ‘60s wind down; “Heart Attack” is a sexy, soulful rocker; “Oh My God”, arranged by Van Dyke Parks, has a lush, dizzying arrangement not unlike Parks’ Song Cycle; “Every Love Song” will coax you to dance without being obvious about it; and “It Started A Long Time Ago” channels Nilsson at times. A fine, diverse album with an array of fine feathered friends accompanying Goffin, such as Benmont Tench, Pete Thomas, the aforementioned Parks, and the Zelig of Pop, Fernando Perdomo!

Cheers, until next time, 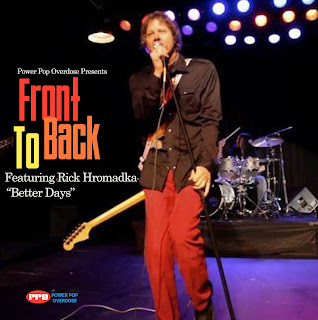 Discussion No Comments on Blake Jones – The Homebound Tapes 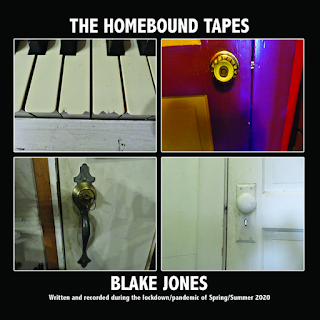 I wish I were a wordsmith, then I could describe the emotion, that’s right, I said emotion, that the new Blake Jones EP from Big Stir Records elicits from me. Trust me, throw on your headphones, sit back and grab a Dr Pepper and just enjoy “The Homebound Tapes”, you will see what I mean.
Is this a Power Pop album, no, it is not? What it is, for me, is a fantastic EP that has elements of Americana and maybe a little Skip Spence meets Laurel Canyon vibe thrown in just because. Heartbreaking and harrowing but stunning as well, Blake Jones with the help of Rex Broome as well as Blake’s fellow Trike Shoppers, push all the emotional buttons.
“The Homebound Tapes” was written and performed during the 2020 pandemic and only clocks in at 18 minutes, but feels like a full length album. I wish there were more but I’m happy with what there is. Just grab a copy from Big Stir, your money and your time will not be wasted.
Get your copy here!